Where Do You Write? 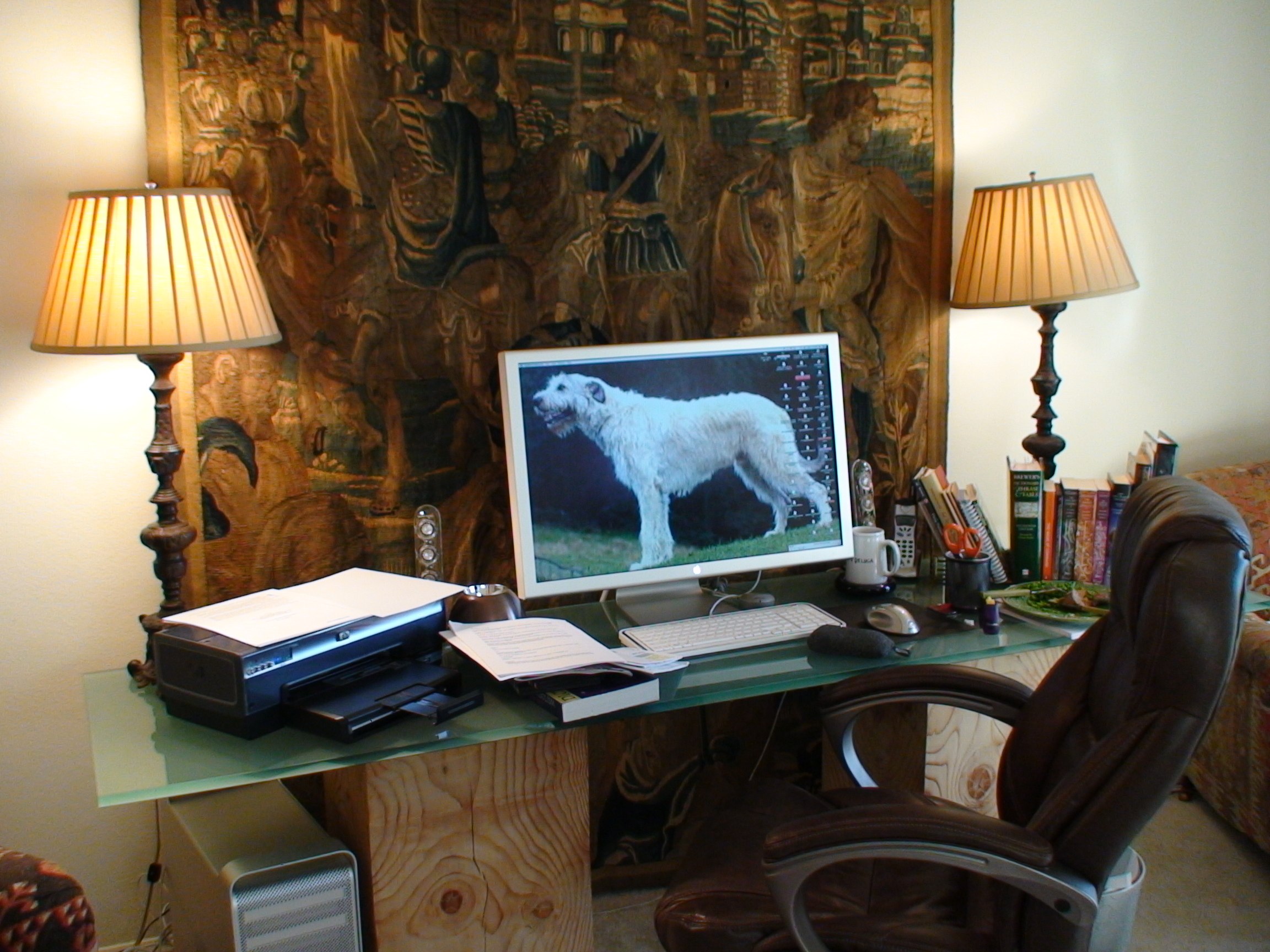 I have a huge office at the front of my apartment with two desks and everything a writer could want in the way of printers and colourful necessities from stationery shops. So why do I always seem to end up writing the most, for the longest time, and with the greatest sense of sanctuary and clarity of mind in my bed?

Perhaps my office is too much part of the real world. It’s open plan, making me too readily available to everyone, and everyone too available to me. It’s also too near the kitchen, so I keep getting up to make a snack or a cup of tea. And it’s at the front of the building overlooking the street, exposing me to a constant rumble of coast-cruising Harleys, especially on the weekend.

All of which is fine if I’m doing internet stuff, paying bills or checking e-mail, but when I’m serious about immersing myself in the world of words I retreat to my cave, the four poster bed at the back of the flat that has hardly any light. As soon as I prop myself up in bed, Sasha floomps down from the top of my bed to the sofa at its foot and makes her way over to me. She rubs her cheeks against the corner of my laptop or kneads me with her paws for a few minutes and then settles into a tight curl at my side.

Then I wriggle deeper into the pillows, take a deep breath and ask my protagonist, “Where was I?”

“You left me clinging to a roof forty feet above the streets of London,” says he, “my girlfriend just told me I’m an unmitigated shit and my best friend blew my cover with the gang that was going to help me break into the—what was I about to break into?”

“Ah, yes,” I respond with a soft snicker, and I’m off, curious to see how far I can push him before he snaps, and what will happen when he does.

I’ve tried writing in libraries but they’re too hushed and if I need to go to the loo I have the worry of what to do with my stuff. Balancing a laptop on a toilet roll holder because you don’t trust the puddles on the floor can have pretty disastrous consequences.

I’ve tried writing in coffee shops, and while it’s true that the lack of an internet connection is a blessing, the trouble is I can’t hear Tempus speak over the snarl of the coffee grinder and the couple having an argument nearby. I’m too much an observer of life and I’m unable to tune out distractions. So I use coffee shops to attend my critique group sessions, to watch people and to make notes.

But I go home to my cave to write.

No music. Just a bottle of water and a pile of reference books nearby to check details as I go; a fencing manual, maps of London from the 16th century to the present day, a book of costume details and a cookery book. But I rarely actually use them until later. I just like the security of knowing they’re there. And perhaps security is what it’s all about.

So what about you? Where do you write?