What Is It With YA Book Covers? 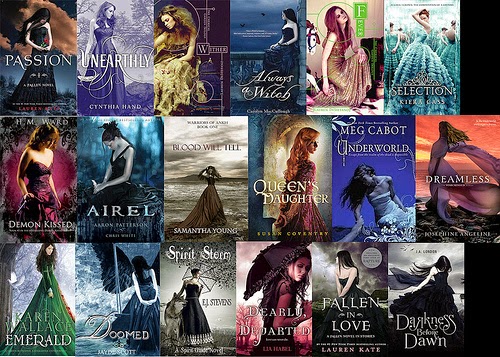 I went into Borders with my 21-year old son yesterday. He stood beside me, shoulders hunched, hands in pockets, as I perused the YA shelves to see who’s getting the prime shelf space and why—a game I like to play from time to time. Dom’s weight shifted from his left foot to his right, then back again, his eyes swivelling over the books like a man trapped in a lingerie store, unsure where to put himself. I could understand why. There was row upon row of book covers geared towards girls—a plethora of pink, an orgy of covers gussied up to appeal to an overwhelmingly female teenage audience.

Where were the boy books? Hardly any of them had a boy on the cover, and if they did they were clearly intended to be eye candy. A couple of them could be for boys, but downplayed the fact (Leviathan, Cherub—CHERUB?!!!—what guy wants to be seen buying a book called Cherub?)

We went into the Middle Grade section and tons of gorgeous boy covers glowed from the shelves—all the Percy Jackson covers, the Kane Chronicles (The Red Pyramid), the Ranger’s Apprentice series…

I recently asked an agent panel why this is, and they predictably said that teenage boys don’t read, or don’t read teen fiction, anyway. If that’s true, I don’t blame them. If I was a teenage boy I probably wouldn’t read either. I’d have to bypass all that girly stuff to find one measly boy cover, and browsing girls might think I was looking at the girly stuff, like a spy trying to infiltrate some secret society.

But there’s hope on the horizon. Publishing house Feiwel and Friends is nurturing the career of one writer for teenage boys in particular who is steadily winning awards for his honest portrayal of male characters. His name is Andrew Smith, and his upcoming novel, THE MARBURY LENS, has a cover that’s going to knock your socks off.

Not a moment before time.

Out of 107 titles nominated for Goodreads’ Best YA Book Covers for 2010, there are only 11 male authors represented. I’m delighted to report that THE MARBURY LENS is the highest-rated title written by a guy and is currently at number 40 in the list, but it should be number one. Honestly. Go take a look at the list and I think you’ll agree it’s the most striking cover there by far. So many of the other book covers look alike, but illustrator Rich Deas’ cover for THE MARBURY LENS doesn’t look like any other YA book on the list.

There are almost no covers on the list that show male characters on them at all, and if there are any guys on the covers they are either not human, in the process of kissing a girl, or have their shirt off. Only LIES by Michael Grant and THE MARBURY LENS are exceptions to this rule.

Two. Out of 107 covers. What’s wrong with this picture?

Goodreads’ Best YA Book Covers for 2010 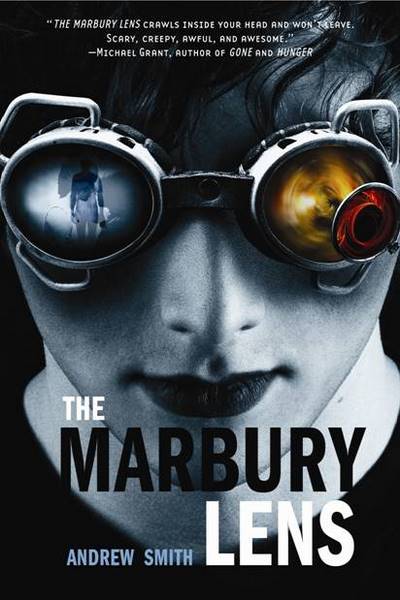