NaNoWriMo – From Idea to Plot

With NaNoWriMo just around the corner, a few of you asked me to talk about how I develop ideas into plotlines. Ah, yes, such an easy thing to explain… not. Because everyone has their own way of achieving this.

And because I’ve tried pretty much every method that others have talked about.

I started off by plunging in and letting my muse lead me. But she got bored and wandered off, looking for chocolate, and never came back.

So then I spent about a year learning how to plot by taking all sorts of classes and workshops. With my head weighed down with theory I told tedious, well-structured stories without any heart.

So now, on my third NaNoWriMo, I’m trying the in-between place out for size. I’m not plunging in without a plan, and I’m not planning everything analytically. This is what my process has become:

I have a vague idea. It might be “steampunk” and nothing else. A week goes by while I think about what I like about steampunk, read in the genre, and make lists of my conclusions. A bit like gathering ingredients for a new recipe.

It includes my ten favorite books/movies in that genre with a one-sentence breakdown of what I liked about them. It includes a list of all the cool stuff I want in my book (ridiculously long, but entertaining when scrawled all over a 6′ x 4′ whiteboard) and a bunch of images that I want to know more about, like this one: 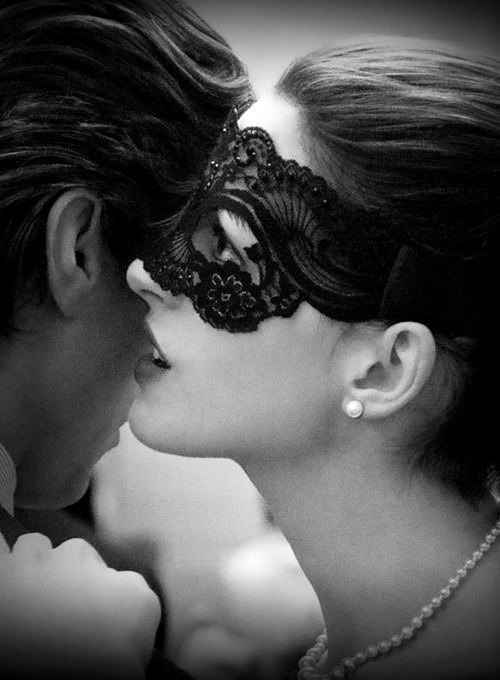 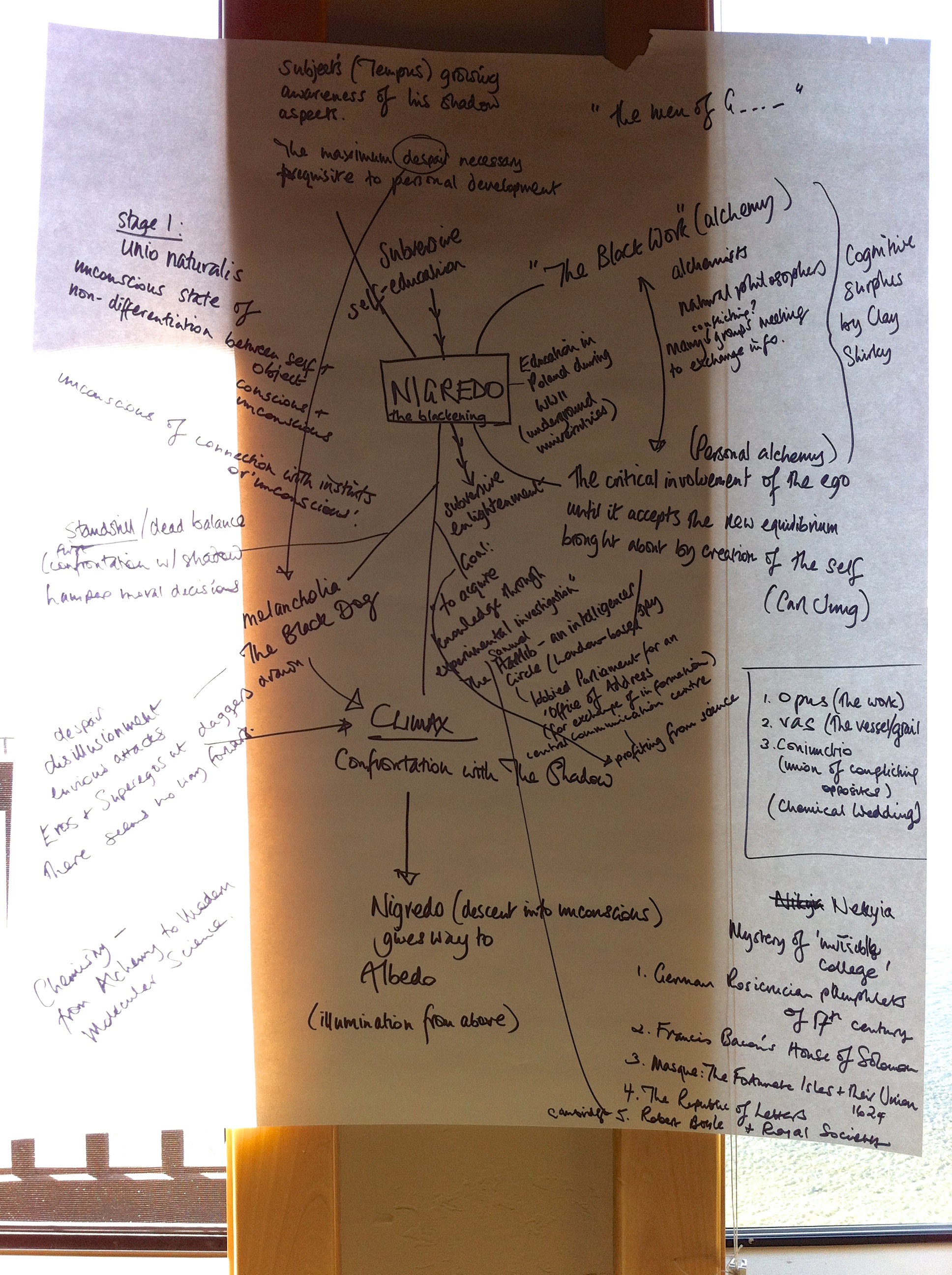 Then I go back and read some critiques of the genre on the internet. What do people criticize about the genre I’m writing in? Can I meet those challenges head on? What would it take? Another list.

Which of my possible conflicts interests me the most? Which can I get most heated about? And will it help me avoid the genre pitfalls?

Sometimes I still can’t pick a conflict until I’ve started playing with the characters some more. In my current NaNoWriMo project I have a society split by opposing ideologies, which is a great start. Conflict is inherent in the world they live in. So who’s on what side? Why? What lengths will they go to for their cause? What are they willing to sacrifice? And what are they NOT willing to sacrifice? That gives me the stakes.

How can I complicate the stakes? A love interest that works for the other side? A cure for a problem for the hero’s side that can only be achieved by the heroine’s society? Better and better… what kind of problem would be important and personal enough to the hero to make him venture into enemy territory?

Now what could go wrong? What else could go wrong? What reallllly bad thing could happen next? What does it take for the hero to figure out that his current modus operandi isn’t going to cut it in this world? How black can his blackest moment be? What provokes the ah-ha moment that shows him a new way around the problem? What’s his new plan? Does it work?

See how the plot is growing?

For every answer, I write an index card (I use the whiteboard or Scrivener, depending on my mood). For National Novel Writing Month, I need a card for every day of the month of November. 30 days = 30 cards.

I’m not talking about scenes, or chapters, just a plan for that day’s writing, for where the story needs to go next in the loosest terms.

Next, I look at the cards and figure out where the Act 1 break is (about 25% of the book so that means my cards should show that on Day Seven, I need to be hitting the end of Act One and setting off into the increasing complications of Act Two. And by the 24th day/index card I want to be heading into Act Three.

Now I look at the cards and see if the action of the story jives with that structure. If it doesn’t it’s easier to fix the index cards than to fix the manuscript!

If I spot a problem I use a piece of advice from one of Donald Maass‘ workshops – pick up the cards and throw them all in the air. Let them fall where they may. Release yourself from the structure you’ve created.

Imagine that you’re only allowed to save one card to tell the story. Pick the one you and the story can’t live without. Which one is it?

Imagine the story gods are relenting a bit and they’ve allowed you two more scenes. Which would you pick?  Finally, you can have two more. Go ahead. You’ve now got five pivotal scenes. The inciting incident, the plan, the game-changer in the middle of act two, the climax and the ending. Place them on temporally strategic days on your NaNoWriMo calendar. Now fill in the gaps, keeping your eye on those five crucial scenes as signposts.

Enter your revised 30-card novel plan into a calendar, complete with the number of words you need to have achieved by day’s end. There’s a self-adjusting calendar tool here for recalculating the totals daily in case you exceed or don’t meet each day’s goal.

When you’re done, you’ll have a plan for November that will not only keep your story on track, but keep your timing on track to finish your novel by the end of November instead of ending NaNoWriMo with a 3/4 finished novel and never getting round to finishing it.

It’s easier to put flesh on those bones after November than it is to find your way to the end of the story once the bright flame of NaNoWriMo support has gone out.

Finally, I write the back copy blurb of the book. This is the final test. Can I make it sound irresistible? What’s unique about my story, character and setting? Is the conflict intriguing enough? Would I want to read this if I idly picked up a book in a store and read this blurb?

If the answer is “Hell, yeah!” then I’m on to a winner. Full steam ahead!

If you do manage to get to 50,000 words before December 1, you can call yourself a NaNoWriMo winner. Success stories include The Night Circus, by Erin Morgenstern and Sara Gruen’s Water for Elephants, which was made into a film starring Robert Pattinson and Reese Witherspoon.

Both of those sent their characters to the circus. In total, more than 250 NaNoWriMo novels have been published.

This is my method, and it works for me, but wouldn’t work for everyone. How do you prepare to write a new novel?

If you’d like to read a great two-page document on “Making Sense of Scenes” by Lorin Oberweger, founder of the Donald Maass Breakout Novel Intensive workshops, head on over and join the NaNoWriMo Warriors group on Facebook, where I’m running support, word wars and live group chats throughout November. It’s a closed group, so you need to join up to read the document, but you can leave at any time and it’s a super lively group of over 150 writers, all heading into National Novel Writing Month together. The more the merrier!