Do You Know How Your Story Ends? 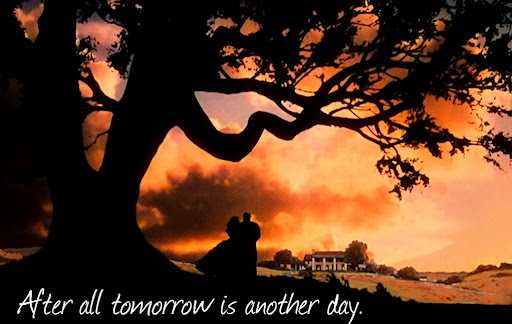 I love the story that I’m writing, but I often worry that I don’t have the talent to do it justice. Every time that thought really begins to gnaw at my enthusiasm, I remind myself that the first draft is just that. A first draft. The first draft will disappoint me and that’s okay. Books don’t get written, they get rewritten. It’s with the later drafts that we’ll begin to make our books shine. But without a first draft you can’t begin that process. The first draft is the necessary clay. The subsequent drafts are the opportunity to mold the clay into a thing of beauty and power.

So how to tackle this problem? I start by figuring out how I want the story to end. Try it. It makes all the difference! What do you want the reader to feel when they put down the book? What flavor of thought do you want them to roll around in their minds?

If you have the ending, you’ll know what journey your protagonist needs to take to achieve the growth that gets him or her there.

I’m sure this is why my agent asked me for a one page synopsis, or even just the blurb that goes on the back of the book jacket. I thought I’d never be able to accomplish that until I’d written the book itself, but now that I’ve done it I realize why she suggested it.

It’s a lot easier to correct a flawed one-page synopsis than a full-length novel. And it’s easier to see the flaws, too, undistracted by details.

If you can complete a compelling synopsis that intrigues, where an endearing or fascinating character experiences an event that makes it impossible for life to remain as it was before, an event that compels her to form a risky plan of action that thwarts the opposing plan of an equally fascinating antagonist, then you’ve got me hooked for starters. If that antagonist is a formidable opponent I’ll feel even more strongly for the protagonist, and for what’s at stake if she fails to win the day.  I’ll be more invested in her pain as she realizes the old ways won’t work and forms a new, even riskier plan that shows significant growth. Now I’ll believe she deserves a happy ending and, whether or not she gets it, I’ll be right there with her.

But the key is in knowing the ending. You may be a pantser, you may prefer not to plot in cold blood. I totally get that. But you don’t want to be fumbling around in the dark, do you? Really?

Figure out the ending, the point of telling the story in the first place, the reason the conflicts have to be what they are, generated by a specific and  particular antagonist, in order to get her where she needs to be by story’s end.

If you can’t figure it out, it’s because you don’t have a story yet. Or, even worse, you have one that doesn’t stand up. Better to fix it before you’ve spent years, brain cells, and foregone a social life to bring it into being.

Let me know how you get on!