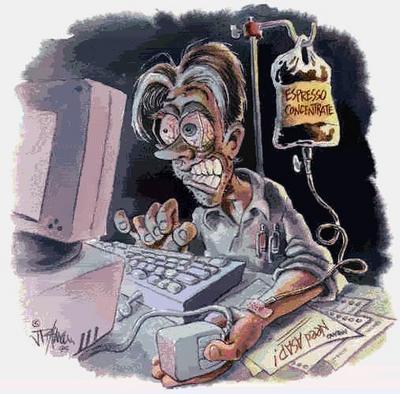 Those of you who connect with me on social networks know I’ve maintained a very active online presence for some years, but I recently had a moment of clarity about the impact it was having on my ability to focus on writing, or reading, or walking by the sea… even napping. What? REST? What a concept!

In America today many people feel pressure to juggle a lot of balls, some of which are necessary, and some of which are not. For a writer, the wisdom from publishing houses and agents alike is that an online presence is vital but none of them are advocating the level of time that some of us (he-hem) have been spending on social networks. Finding that balance is the Grail quest of many.

I first noticed that my own use was getting out of hand when I found myself going about my daily life with a view to what my next post on Facebook would be instead of what the next development for my work-in-progress would be. Then, when I sat down to write, my focus was constantly interrupted by the urge to check e-mail, Twitter, Facebook, and Google+.

It doesn’t take a Phd in Neurology to understand why.

Writing a (good) book is one of the hardest things one can attempt in a lifetime of hard things—right up there with raising good children. And both take a long time. In fact, both feel like the longest marathon ever, with every bend in the road revealing how far you have yet to go before you reach the finish line. Not only that, but the location of the finish line itself is a matter of perspective, depending on who is reading the manuscript or judging your parenting skills.

Social networks offer instant feedback to the lonely writer and an interactive experience that you’ll have to wait years to get from readers of your novel, especially if you spend more time on social media than writing said novel—that is it’s seductive, hypnotic, addictive power—but the quick ‘hit’ of pleasure from the approbation you receive in response to a useful or amusing post on social media is just as fleeting. With minutes your post is old news and you must come up with a post that equals or surpasses it. Never mind the fact that most of the people who respond online are not people you’re ever likely to meet in person, that they can’t bring you soup when you’re ill, or lend you a tenner when you’re skint.

Don’t get me wrong – I love the way social media has transformed the loneliness of the necessarily solitary writer’s life. It’s just that little by little it can become a dependency rather than an aid.

Now that my month’s abstinence is over I’m returning to the social scene, but with a more conscious awareness of its effect on my habits, mental focus, and productivity. Because it’s not the amount of time you spend on social media that matters so much as the way it retrains your brain to need constant approval, feedback, and stimulation so that even when you’re not ‘using’ it, you’re constantly fighting the urge to do so.

I’m enjoying the serenity I’ve regained this past month and the progress I’ve made with writing, which is, after all, the one thing I most passionately want to accomplish.

Announced my retirement from social media for a period of one month on Facebook and Twitter. Dealt with the withdrawal symptoms by allowing myself one post on Google+ a day.

Stopped posting on Google+ and relapsed by posting a wail about how lonely the writing life is on Facebook. This was the hardest week. I was twitchy and restless, couldn’t sit and focus. The dog got walked. A lot. I called friends and revived my social life. Realized I’d lost five pounds.

Stopped automatically turning the computer on before making breakfast. Called the cable company and put my account on hold saying I was “going on holiday”. Now I could only receive e-mails on my iPhone. Responses became very brief, and I no longer lost an hour to interesting links. Desperately missed Google search and Wikipedia. Took up Tai Chi. Attended a writer’s conference so I could be sociable in person.

I no longer missed Wikipedia or Google search. Remembered I have books. Opened them. What a concept. Writing happened. A lot of writing.

Returned to social media with something akin to trepidation. Surprised and a little smug to find much of the content non-essential. Resolved to restrict self-generated posts to one a day, and keep responses to no more than a few minutes during my lunch break and half an hour at the end of the writing day. The space in my mind and the focus of my thoughts is now more precious to me.