The Dark Deeps by Arthur Slade 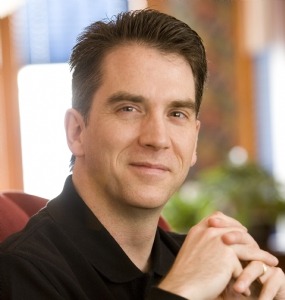 Arthur Slade was raised in the Cypress Hills of southwest Saskatchewan and began writing at an early age. He received an English honor’s degree from the University of Saskatchewan, spent several years in advertising and is now a full-time fiction writer. He is the author of the “Northern Frights” series, the “Canadian Chills” series, Dust, which won the 2001 Governor General’s Award for Children’s Literature, and Tribes. Monsterology was his first “creepy” collection, and this is his second. His most recent novel is Megiddo’s Shadow. He lives in Saskatoon with his wife, Brenda, and daughter, Tori.

“When Mr. Socrates, a member of the Permanent Association, hears of a hunchbacked infant with the ability to transform his appearance, he decides to take him in. Naming him Modo, he raises the boy in isolation, training him to become a secret agent.

When Modo turns fourteen, his education is complete. He must first survive London on his own, then, with the help of beautiful Octavia, he uncovers a sinister plot being carried out in the sewers of London.

Will they be able to stop the mad scientist Dr. Hyde and his even more terrifying associates before they unleash their monstrous plans upon unsuspecting Londoners?”

“Modo’s latest mission, to uncover the underwater mystery behind the sinking of several ships, seems impossible. There are rumors of a sea monster or something even more nefarious. Modo discovers an astounding secret in the depths of the ocean.

While searching for the cause of the sinking ships, Modo and Octavia sail to the exact coordinates of the attacks. Is it a sea monster? Or something else? They aren’t alone in their pursuit: the beautiful and mysterious French agent Colette has been researching this phenomenon for some time.

Upon reaching the site, Modo and Colette’s ship is rammed, and Modo is plunged into the icy sea… where he disappears from sight. As he faces certain death he is saved by a most unlikely underwater rescuer and discovers the mechanical truth behind the attacks while the Clockwork Guild closes in. How will he get back to the surface?”

So much steampunk fiction focuses on the fun of the genre at the expense of the depth and layers required for lasting worth, but not so The Hunchback Assignments. Which is not to say that it isn’t also a fun read. It’s just that there’s more to it than that. Steampunk is a genre that’s ripe for social commentary, conflicted characters, man-against-machine conflicts, and even man-against-the-system stories of epic scale. Not every story has to have all those elements in order to rise above genre expectations, but it certainly helps if the writer reaches beyond gadgetry and corsets.

I love imperfect heroes—flawed individuals who may also be battling an obvious physical disadvantage. An old wound that’s caused a limp and an addiction (Dr. House), a disfiguring scar, someone who’s blind or deaf… but in most genre fiction the hero is perfect and dashing and handsome. Arthur Slade, however, has given the main character of The Hunchback Assignments the most out there disadvantage of any spy in fictional history—he’s a hunchback. What’s more, even without the hunchback he’s so severely disfigured that he has to wear a mask and spent part of his childhood as a sideshow freak. But he has one astonishing ability: for a limited time, he can shapeshift and adopt any person’s appearance.

A magical ‘out’ clause? Hardly. The unstable nature of his disguise creates a unique set of conflicts and tensions that make Modo a fascinating character. Extreme emotion or hardship can make it difficult for him to maintain his adopted shape. He’s in love with a girl who he worries wouldn’t want to know him if he showed her what he really looks like. He’s been recruited by a spymaster who is the closest thing he’s ever known to a father, yet he’s not sure if he’s loved or just useful because of his ability.

We’re not talking about a character in a book for adults, here. This level of complexity and conflict has been created for young adults. And that’s what I love about this series—there is fun, steam and adventure, sure, but Modo’s self-image and shape-shifting are powerful metaphors for the insecurities and complexities of being a teenager.

Read the transcript of my recent Twitter chat with Arthur HERE